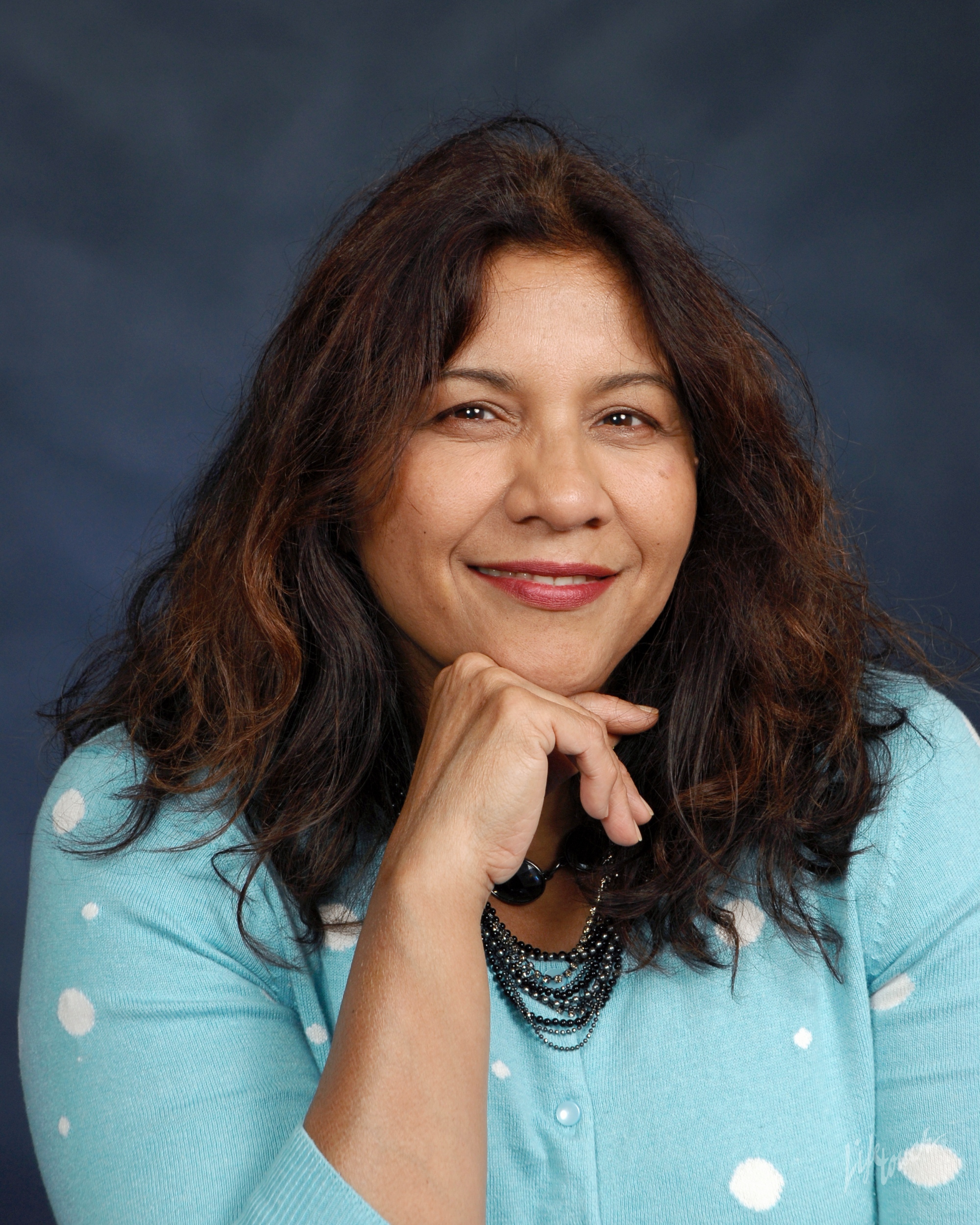 Fluid Management Systems is a high tech entrepreneurial company based in Lexington, Kentucky, USA. FMS is marketing a trademarked and patented product, VETrakTM, a proprietary system for managing inventory through a non-invasive measurement process. The initial focus is on food-animal feeding operations (AFO), such as swine and bovine markets. The products are also being developed for human health, pharmaceutical manufacturing, and medical dispensing cabinet for hospitals, clinics and AFOs. 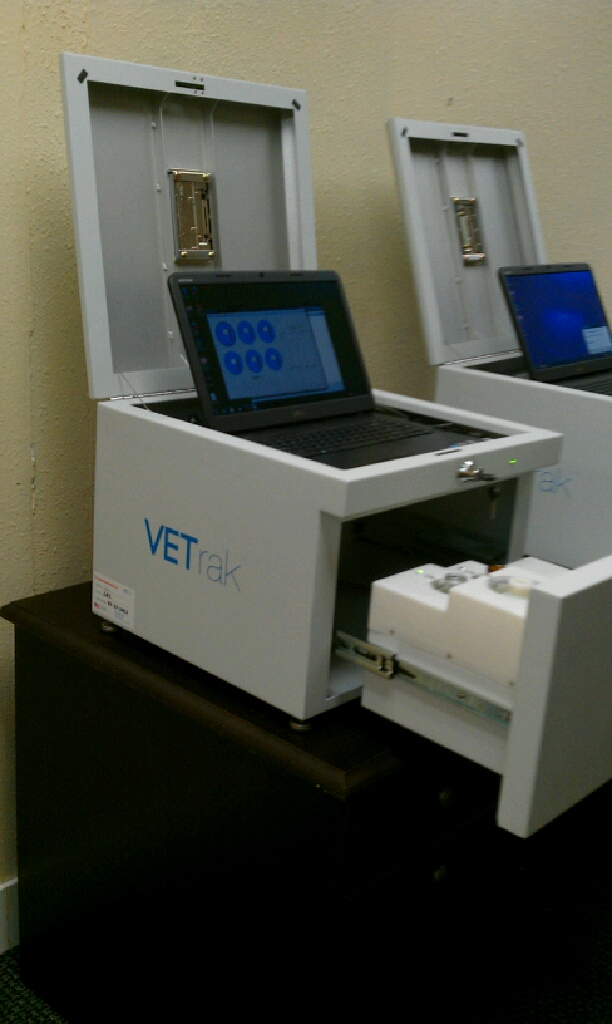 The agricultural industry’s use of antibiotics in their livestock has been a hot button topic the last few months, and only getting hotter. While the agriculture industry overwhelmingly denies that antibiotic-resistant bacteria can be transferred from livestock to humans, a British-Danish report from last month shows that bacteria does has the ability to move from animals to humans.

As we wrote in a previous post in November, “Farm Use of Antibiotics Defies Scrutiny“, responsibility for regulating antibiotic use is splintered among multiple agencies: the FDA, USDA and CDC. The FDA polices drugs, a role they carry out by overseeing the meat sold in our supermarkets, and by monitoring the existence of bacteria that are resistant to antibiotics. The FDA is trying to get a handle on the kinds of antibiotics that are being fed to livestock, but to no avail — livestock facilities are not legally required, and are vehemently opposed, to divulge details about what drugs are administered to which animals, and in what amounts.

It seems as this point that the situation could be a matter of life and death. In 2011, the agricultural industry bought almost 30 million pounds of antibiotics — 80% of the US’s 2011 antibiotic sales — for animal use, the biggest quantity ever purchased. The drugs are mostly given to animals at low dosages in order to encourage growth, and to contain any sicknesses they might contract by living in such close quarters of each other and their waste. However, feeding livestock low levels of antibiotics can actually breeds antibiotic-resistant diseases.

In 2008, Congress forced drug companies to report to the FDA the amount of antibiotics they sold to agricultural facilities. Again, no information was released on what drugs were given to which animals, in what amounts and why.

The Senate Committee on Health, Education. Labor and Pensions reauthorized the Animal Drug User Fee Act (ADUFA) for 2013, requiring veterinary-drug companies to pay fees to the FDA as a way to financially support the agency. Two Democrats from the House have introduced new legislation that would give FDA the authority to amass more data from drug companies, as well as make food producers reveal how frequently they give low doses of antibiotics to animals, so as to spur growth and offset poor conditions.

We believe that in order to lower societal costs, and protect animals and humans, open and objective debate needs to continue among all stakeholders.

Healthcare and drug companies are looking to join a market largely held by hospitals: injectable drugs, a $7 billion industry that often experiences shortages.

Companies like BD are attracted to this market because of the supply issue; and while sterilizing injectable drugs can prove difficult, the payoff is big: almost one billion vials  are sold each year. However, companies might have to wait for the long-run, as producing sterile medicines can be expensive with low profits. Many companies left the market due to the cost, leaving some drugs to just one manufacturer. In addition, manufacturing problems, supply constraints and government investigation of manufacturing plants have pushed many drug firms to abandon facilities or slow down production.

What resulted was an even larger shortage in 2011: 183, as opposed to 23 five years earlier. According to the FDA, the shortages fell to 84 in 2012, partly because Pfizer began manufacturing limited cancer injectables and some plants, which were previously shut down, reopened.

Yet, in order to turn a profit, many companies are looking into raising prices by 10%. This would greatly affect hospitals and their drug buyers, who will most likely fight the increases. In order to cut costs and availability, drug companies should consider  producing and selling drugs in multi-dose vials. Fluid Management Systems, Inc. has the technology to manage and monitor injectable drug inventories in multi-dose vials.

Founded in 2010, Fluid Management Systems, Inc. (FMS) is a high tech company based in Lexington, Kentucky. FMS has developed a patent-pending system for accurately managing liquid injectable medication inventory, called FMS SMARTray™. The heart of this system is a low-cost and highly accurate method for determining liquid levels inside several small to large enclosed vials/bottles, both simultaneously and instantaneously. Using our methods, we can track medication from the time it is ordered, to when it is delivered to a patient and added to their medical record, ending when a new order is placed; from there, the chain begins again.

The FMS SMARTray™ was envisioned as a system for tracking injectable antibiotics and vaccines administered on farms, and in veterinarians’ offices. FMS has chosen swine and cattle farms as the first market to serve.

However, in both human and animal pharmaceutical markets, liquid medications are provided in multi-dose vials. Currently, the management of vial inventories is manual, which is problematic: vial inventories are not directly tied to Electronic Medical Record supply chain systems. With its digitized system, the FMS SMARTray™ resolves this issue.

Through radio-frequency technology, our system is able to measure the amount of remaining fluid in a sealed container, while being non-invasive – medication vials are always sealed and sterile. Our system then maintains a database of important information about each medication vial. The motivation for our system is to control and monitor liquid medication usage; reduce waste; and automate the inventory and supply chain process – resulting in the elimination of all manual processes.

Though Hurricane Isaac brought relief to one of our driest summers, the drought still has the capability of slowing our economy.

Farms have faced the brunt of repercussions, severely effecting corn and soybean crops, and increasing prices of feed for chickens, hogs and cattle. Many cattle ranchers and dairy farmers have found it cheaper to slaughter their livestock, which, in turn, affects food companies’ profit margins. According to the Department of Agriculture, food prices could climb 3% to 4% from 2012-13. Food prices rose from 2.5% to 3.5% in 2011-12.

Among other price increases is the growing cost of gasoline. Ethanol, a corn-based fuel that is mixed with gasoline, is a likely source of mounting gas prices. Gasoline prices are now around $3.78, having risen over 40 cents since July.

Regardless of the drought, farm incomes will grow 3.7% this year, to $122.2 billion. This is partly due to elevated prices of corn, soybeans and land, which are compensating for any losses. This, however, hasn’t widely stirred economic growth.

Recent rains cannot undo damages incurred, but may be able to facilitate next year’s soybean crop. Our current economic situation could worsen if moisture isn’t restored for next year’s growing season.

The question to answer: Will inflated food prices cause consumers to spend less on big ticket items, such as flat screen TVs and computers?

Droughts can severely affect the lives of farm animals; livestock are often slaughtered if their living costs increase too rapidly. Farmers look at the situation economically, and sometimes selling an entire outfit makes more sense than continuing to run the show.

According to the National Climatic Data Center, 2012 has been the hottest year on record. Our summer was unfailingly warm; since June, corn prices have grown 41%, while soybean prices have grown 33%. On the same note, prices for hogs and cattle have dropped 19% and 8%.

There is a rise in the slaughter rate – the rate for hogs has shot up to 16%, when, at this time of year, the rate is usually 4-6%. The drought has raised livestock feed prices, persuading farmers to liquidate their assets.

In late 2007 and mid-2008, grain doubled in price, which pushed farmers into thinning their herds. The monthly average of slaughtered hogs increased to 10 million, from a steady rate of 8-9 million. However, the price of hogs recuperated in 2010-11.

The question to answer: how will our hand in climate change continue to affect the cost of food?